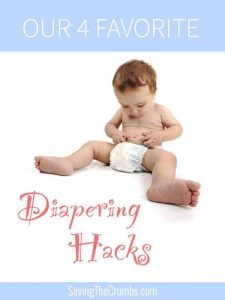 Once you have kids, diapering becomes a pretty common affair. We started off as first-time parents a bit nervous changing our first few diapers – gingerly wiping that smooth, soft bottom, being so careful to avoid poop smears on our fingers, and calling our parents in panic to regale them with the first blowout that ended up all over our bed. Those were the days…… Now I tell Al we’re like an Indy 500 pit stop. Before our little race car is fully down, we’re ripping off those tabs, have a new diaper slapped on, and she’s back to the races without ever coming to a full stop.

According to some resources, babies will go through 5400 diapers in their first 2 years. Yikes! That’s a lot of diaper changes! Of course, we know the #1 cost in diapering is the diaper and EVERYONE on mommy blogs, frugal blogs, and Pinterest are wanting to know the magic trick to cheap diapers. As you may remember from a previous post, we did cloth diapering for a while and then decided for multiple reasons to stick with disposables. You can read our experience and whole cloth diaper analysis here: Do Cloth Diapers Save Money? and How to Save Money on Cloth Diapers. But today we aren’t going to talk about how to buy cheap diapers. Sorry! We’re going to talk about some other super easy ways you can save money on the whole diapering process for very little or nothing – regardless of what type of diapers you choose to use. So here are our favorite diapering hacks after a brief 22 months of our diapering marathon.

You’re probably familiar with liners for cloth diapers – which is how I actually came up with this idea. With cloth diapers, if the baby poops, it is much easier to clean up the disaster zone by simply lifting a liner up out of the diaper and neatly disposing of it and its contents. You can buy liners specifically made for this purpose. But while doing some cloth diaper research, we determined that using Viva paper towels was the most economical option for us. They’re strong and tough, don’t disintegrate when wet, and can be fairly inexpensive (especially since we get ours in bulk when they’re on sale and happen to have a coupon too). They worked great with cloth diapers!

When I started using disposables, one of the things I disliked the most was when I would just finish putting little Crumb into a clean, dry diaper….and then she would poop! Argghhh! Yeah, a Crumb Saver nightmare. It was a painful thing to throw away a diaper that hadn’t had the chance to maximize its full absorption potential. (As you can guess, diapers around here are most appreciated when they realize their full capacity.)

Then enter the Viva paper towel. That modest little piece of paper has saved me many many diapers. Here’s how it goes:

Of course, for those of you waving your hand in objection, you’re right, this doesn’t work for wet or messy poops, you have to catch it soon after the “incident”, if the diaper is fairly full of pee already you’ve wasted a liner, and if you’re too proper to get so down and dirty, it won’t work. But for us, her bowel habits have become fairly predictable, aren’t wet or messy, she’s learned to give me the “look” when she’s ready to do her business, we pay less than 1 cent for each liner (so 1 saved diaper = 10+ liners), and poop doesn’t phase this mama a bit anymore.

So, as you’ve discovered, we like to change fairly full diapers. Forget disposing of this dry, light stuff that feels like it it only has 2 drops of pee. In fact, sometimes when we get a monster one I have to bring it over to Al and impress him with the dead weight of the thing (speaking of it, I really should have put it on the bathroom scale so I could impress you with some actual numbers….). Of course, we joke about it, but we do want our child to be comfortable, hygienic, and balance that with making the most of our means. One of the ways we help make this possible is by the vaseline trick. This is a pretty basic thing, but I wish I had realized it earlier in my diapering experience.

We’re all worried that children will develop horrible diaper rash from sitting in wet, dirty diapers. And rightly so. A bad diaper rash is a very uncomfortable thing for a child and can be difficult to get rid of. The main way we alleviate this problem is with good ‘ol petroleum jelly. After her bath every evening when we put on her nighttime diaper we slather her with vaseline. And even though she goes 12 hours before the next diaper change, we’ve never had a problem with diaper rash. It also comes in handy during long trips/flights. I used to worry about her sitting in her diaper too long, and although we still try to change it as soon as circumstances allow, we are always mentally relieved to know that she is will probably be fine with such a simple, cheap solution.

By the way, we just get whatever is the cheapest (I think the last one we got was from Dollar Tree). And in case you’re wondering, in the last 22 months I think Little Crumb has only gotten diaper rash once or twice so far.

Probably the second most used item in diapering are wipes. Supposedly, after 2 years, a baby will have used 12,240 wipes. Yikes! We got a lot of wipes as baby shower gifts and then stocked up when they were on sale on Amazon, so wipes haven’t been a super expensive item for us. But we’d still like them to last as long as possible.

Early on in our diapering experience, we learned that trying to get 3 or more swipes out of a wipe could be a real juggling act and very risky. When it’s already smeared with poop, and then you’re trying to carefully hold it but avoid the soiled sections and maneuver the clean sections all while holding kicking squirming legs with your other hand AND it’s the middle of the night, disaster is imminent. We quickly learned that cutting the wipes into 4 made the clumsy work much more efficient, clean, and even saved us money (since we often had been using a whole wipe when we only needed 1/4). Instead of using a wipe dispenser, we store the quarter sections in an airtight plastic container.

Besides the cost, probably the other most bothersome thing about diapering is finding a convenient, cost-effective, and minimally odorous disposal system. We had an old hand-me-down Diaper Genie but wanted to try another solution before buying the fairly pricey refills.

As you may remember from a previous post, our house stays fairly warm in the summer – too warm for a soiled diaper not to make its presence known within a matter of hours. And to add laziness to frugalness, I didn’t want to go out to the big garbage can outside after every diaper change. We tried wrapping the diapers individually in plastic grocery bags (since you know that crumb savers stockpile hundreds of them under their sink). But we found that most of our plastic bags have holes in the bottom, so that didn’t work very well. We researched doggy poop bags, but it seemed an atrocity to pay for such a thing.

And then one day I realized that we could just use the every day plastic bags that get thrown away from the kitchen and household products we use – frozen pea bags, cereal bags, produce bags, bread bags, 15 pound rice bags, the bag the newspaper comes in, packaging for various products we buy, even oat canisters. So now, any bag or container that we were going to throw away and is capable of sealing in odors is tossed into a box in the laundry room as part of our sophisticated diaper disposal system. The smell is kept in check, I don’t have to make the arduous trip outdoors, but best of all, we’re glad that instead of spending money, we are recycling some of our trash.

These are just some of the things that we do. How about you? Do you have anything you do to save money, time, or just the hassle in the diapering process? We’d love to learn from your experience! 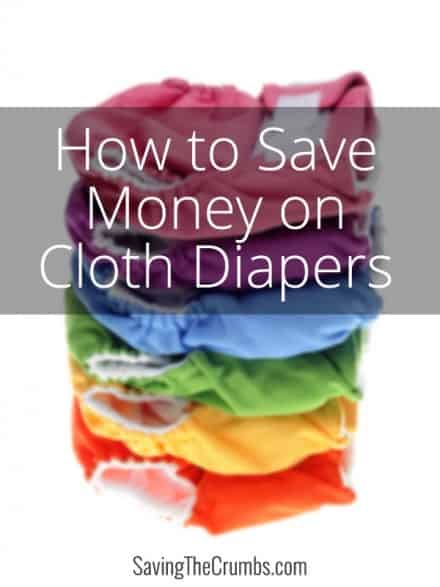 How to Save Money on Cloth Diapers 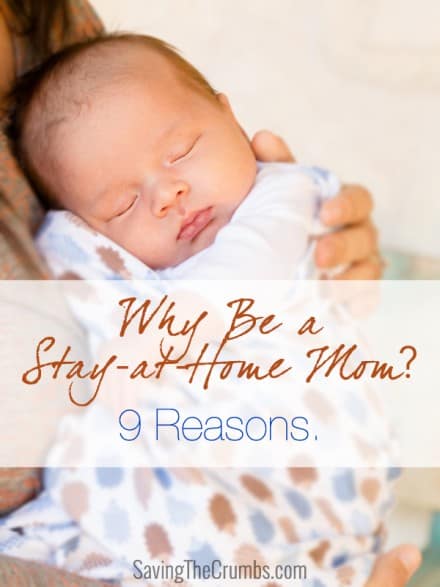 Why Be a Stay at Home Mom? 9 Reasons. 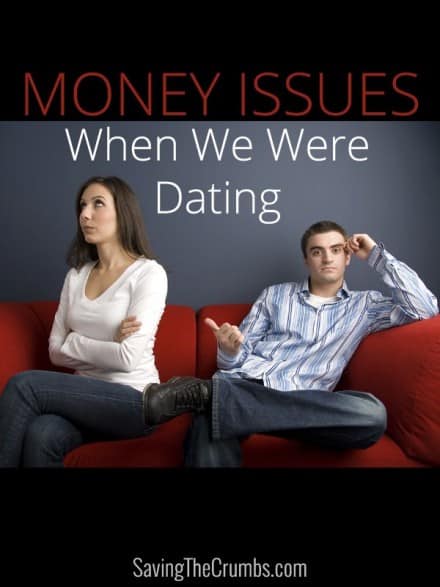 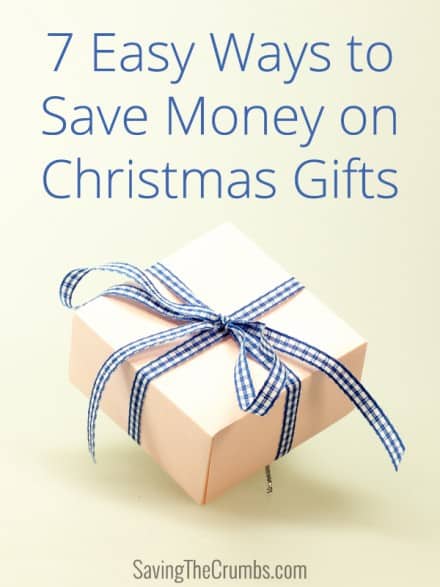