How Should Christians View Retirement? 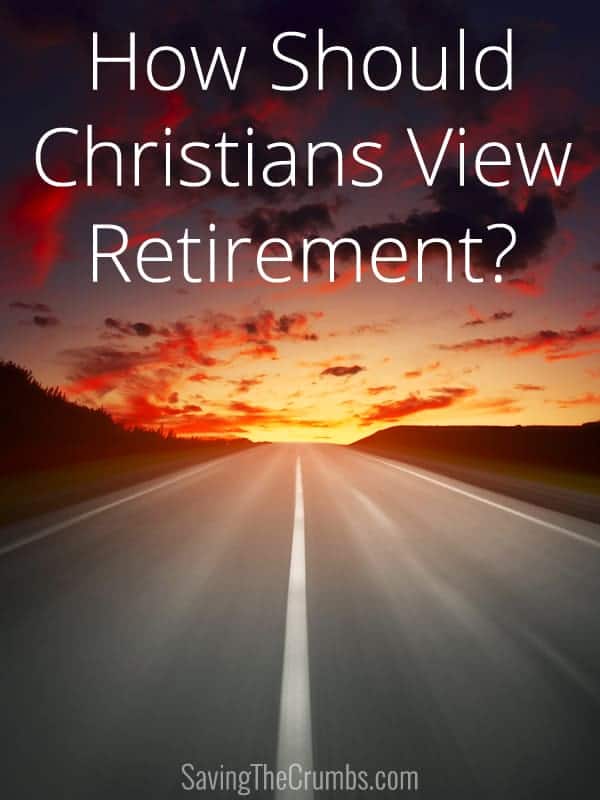 As I’ve interacted with readers of this blog, a question that has been popping up more and more is that of retirement. Specifically, the question of how Bible-believing Christians ought to think about saving/investing for retirement. It’s a good one, and I’m impressed particularly that many young people have been asking it, meaning they’re actually thinking about it at all!

As this question was asked from a Christian perspective, I’ll share my answer as best I can using Biblical principles. (And hopefully a healthy dose of common sense!)

These are certainly legitimate questions, but I wonder if sometimes we Christians say these “spiritual” things only to mask our own consumerist appetites. Are we trying to find excuses not to save because we just want to spend more? Hopefully we don’t fall into that category!

A Biblical (Re)Definition of Retirement

Retirement as it is understood today is an invention of a prosperous, Western society within the last 100 years. Even as recent as the early 20th Century, the concept of a healthy 65 year-old quitting work to stay home idly was a foreign concept. Much less in Bible times! The closest thing I’ve seen in Scripture that talks about an idea like retirement is found in Numbers 8:23-26:

Then the Lord spoke to Moses, saying, “This is what pertains to the Levites: From twenty-five years old and above one may enter to perform service in the work of the tabernacle of meeting; and at the age of fifty years they must cease performing this work, and shall work no more. They may minister with their brethren in the tabernacle of meeting, to attend to needs, but they themselves shall do no work. Thus you shall do to the Levites regarding their duties.

The Levites worked in the temple from ages 25 to 50 at which time, the elder Levites ceased active service in the temple, but continued to assist the other brethren. It appears that the Biblical principle of retirement doesn’t involve a complete cessation of work of all types, but rather a decreasing of intensity and a shift in type of work—namely assisting and probably mentoring.

Couple this with the unsavory things said of idleness in Scripture, and it appears that the modern-day version of the stereotypical kickback, luxurious retirement wasn’t ever God’s intent.

Laziness casts one into a deep sleep, and an idle person will suffer hunger. – Proverbs 19:15

Look, this was the iniquity of your sister Sodom: She and her daughter had pride, fullness of food, and abundance of idleness; neither did she strengthen the hand of the poor and needy. – Ezekiel 16:49

Even more pointedly, Jesus told a parable about a rich man who was ready for a kick-back, early retirement in Luke 12:16-21:

Then He spoke a parable to them, saying: “The ground of a certain rich man yielded plentifully. And he thought within himself, saying, ‘What shall I do, since I have no room to store my crops?’ So he said, ‘I will do this: I will pull down my barns and build greater, and there I will store all my crops and my goods. And I will say to my soul, “Soul, you have many goods laid up for many years; take your ease; eat, drink, and be merry.”’ But God said to him, ‘Fool! This night your soul will be required of you; then whose will those things be which you have provided?’ “So is he who lays up treasure for himself, and is not rich toward God.”

Yowzers! The Bible calls this fellow who was hoarding his riches a “fool”! So I think it’s safe to say that there is no place for greed, hoarding, and selfish indulgence in any circumstance, be it in retirement, early retirement, pretirement, or any other time in life.

I think it’s important for a Christian to first redefine their idea of what “retirement” really is. It simply means a slowing down of labor when age makes it inevitable, and it involves a changing of responsibilities from being a mover and shaker to being a mentor and supporter—it does NOT mean stopping a life of active service. I’ve seen plenty of capable seniors active well into their 80s and 90s. As it’s often been said, far better to wear out than to rust out!

So This Means Christians Shouldn’t Save for Retirement, Right?

Whoa, let’s not get ahead of ourselves. While the Bible does seem to discourage the modern-day “lazy” style of retirement, it does encourage the prudent saving for future needs.

The wise store up choice food and olive oil, but fools gulp theirs down. – Proverbs 21:20 NIV

Saving and frugality is wise while impulsive consumption is not. This is applicable in all seasons of life.

Now in the seven plentiful years the ground brought forth abundantly. So he gathered up all the food of the seven years which were in the land of Egypt, and laid up the food in the cities; he laid up in every city the food of the fields which surrounded them. – Genesis 41:47-48

Joseph’s story in Egypt illustrates that wise financial managers save up during plentiful times for lean times. In most people’s lives, the working years are plentiful while earning potential will go down in the older years. The wise man would prepare for that likely possibility.

Go to the ant, you sluggard! Consider her ways and be wise, Which, having no captain, Overseer or ruler, Provides her supplies in the summer, And gathers her food in the harvest. – Proverbs 6:6-8

Similar to Joseph, the ants save up during the times of plenty for the harder times. For us, it’s wise to store up the surplus during the time of harvest in our younger years so that we have provisions during the winter season of our lives.

But if anyone does not provide for his own, and especially for those of his household, he has denied the faith and is worse than an unbeliever. – 1 Timothy 5:8

Strong words! We are as good as an infidel if we don’t properly provide for our family! I think that saving up to provide for my family when I’m unable to earn as much sounds very Biblical to me.

So thinking practically, even if we throw out the idea of retirement as living out our days lavishly sailing around the world in a multimillion-dollar yacht, is there a place for saving for future need? How about a few sensible questions?:

I think answering these questions with common sense would indicate that saving for the needs of our older years of life certainly is a sensible thing to do. The balance provided in Scripture is to save for our anticipated needs with a plan to remain actively engaged as a meaningful contributor to society (though it may not compensate much or at all) and not to hoard riches for the sake of greed or lazy indulgence.

Bringing It All Together

I am a strong believer that thrifty living now plus preparing for future need is a cornerstone of sound personal financial management. It’s true that God provides for His people, but I believe more often than not, He provides by giving us knowledge, skills, and means TODAY in order to teach us how to be prepared for the future.  In our contemplation on the topic faith and finance, let’s not inadvertently conclude that it’s either faith OR finance!  I think God intends for us work practically in cooperation with Him to develop the character traits of industriousness, self-discipline, and self-control now rather than to simply bank on the hope of a miracle someday.

In conclusion, I don’t want to leave anyone with the impression that God is frowning with displeasure on us if we aren’t saving for retirement. There are unique circumstances that make it less possible to save, and this Bible promise is for those who may be in this category:

Therefore do not be anxious about tomorrow, for tomorrow will be anxious for itself. Sufficient for the day is its own trouble. – Matthew 6:34

The principle is this: Follow the Lord with all your heart and do your best in practicing the principles of His word. But don’t worry about it afterwards! That’s where faith comes in, because He will help you if you stumble and He’ll provide when there is a lack.  In partnership with God, no Christian needs to be anxious about being unprepared for retirement. 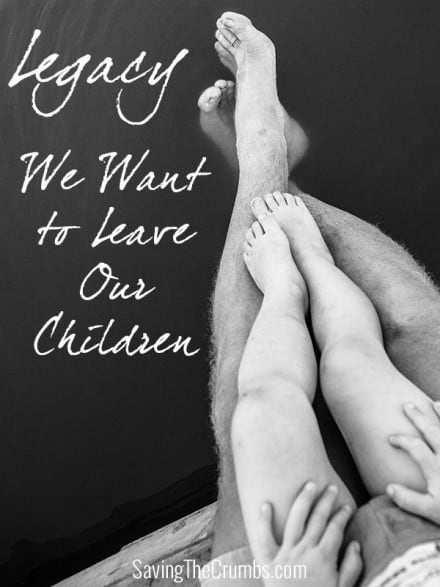 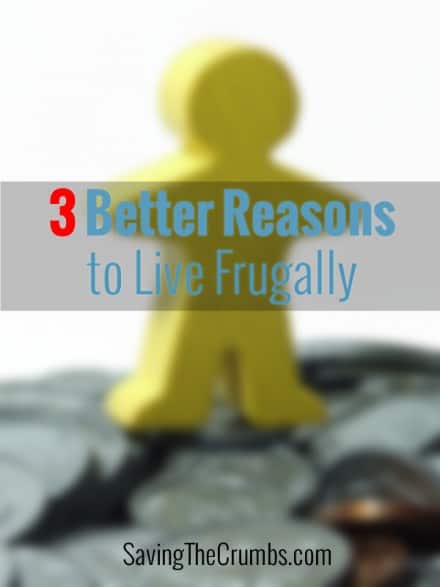 3 Better Reasons Why You Should Live Frugally 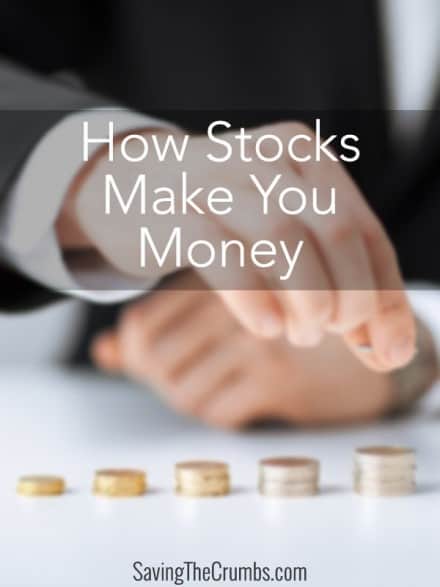 How Stocks Make You Money 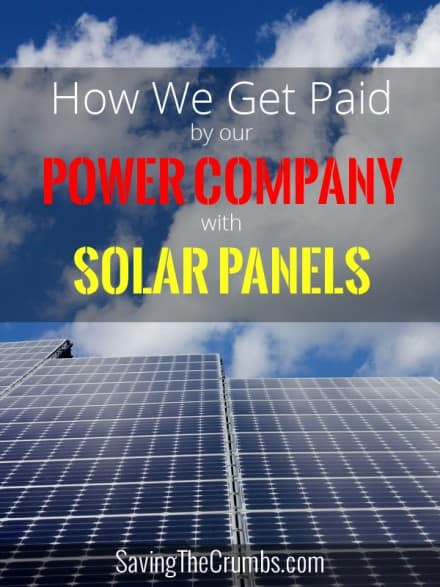